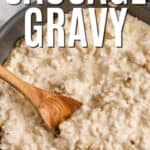 This Keto Sausage Gravy recipe is so easy to make and it’s absolutely delicious!

This low-carb sausage gravy is made with heavy cream, cream cheese, and a little chicken broth. Simmer in some onion and ground sausage and it’s a delicious way to start the day. Serve this savory sausage gravy with your favorite low carb biscuits for a comfort food breakfast or a tasty dinner. 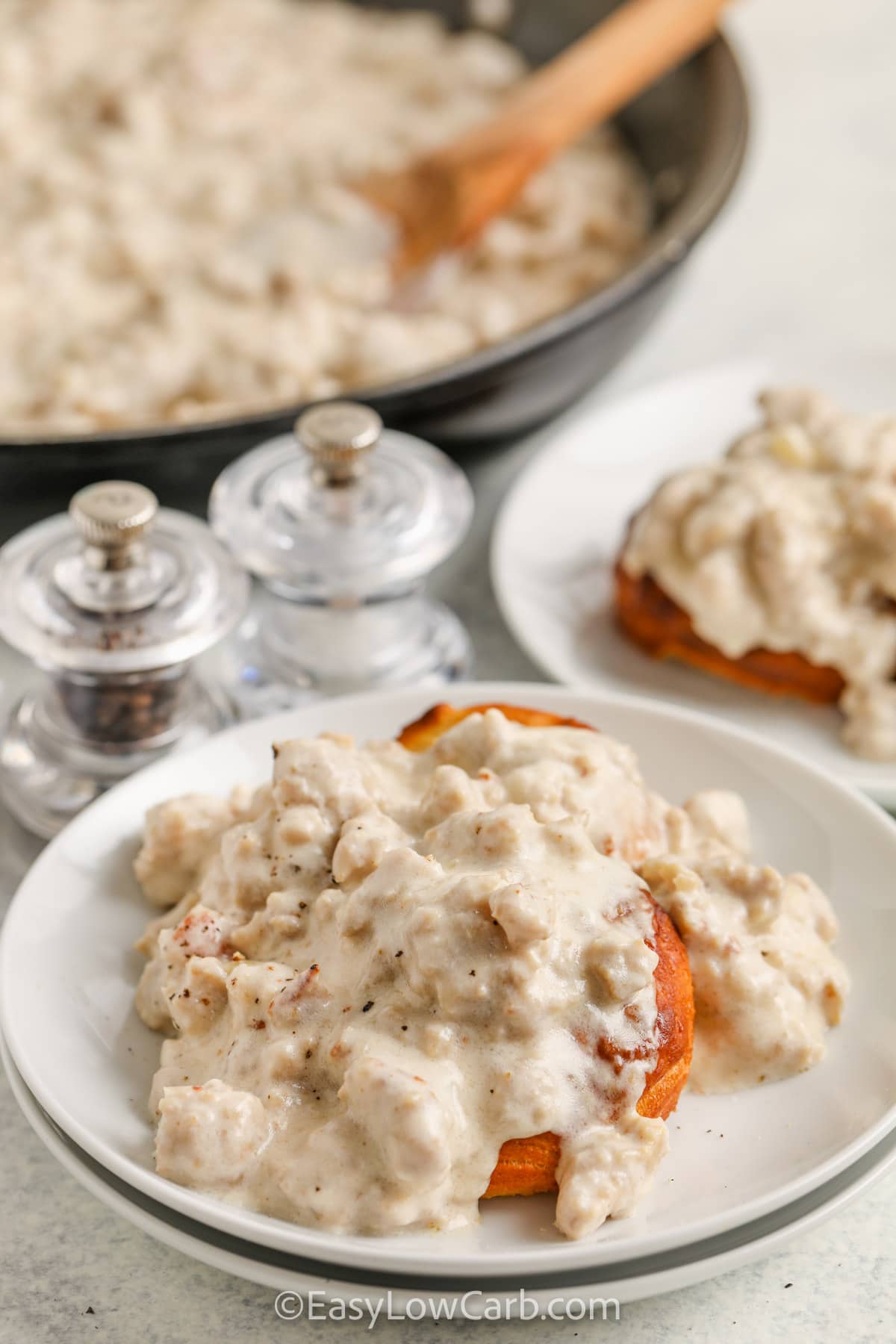 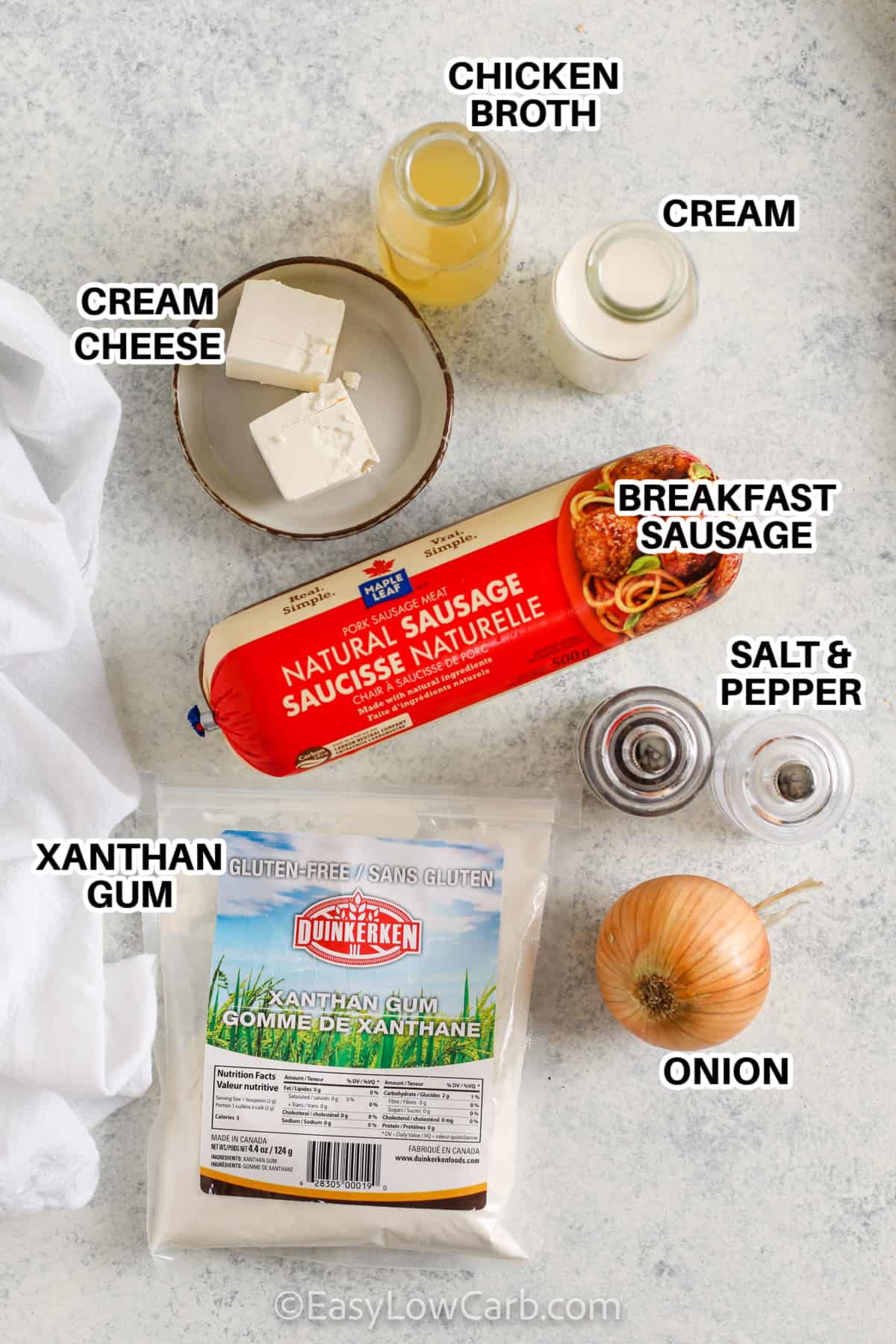 SAUSAGE: Ground pork sausage has a savory flavor that makes keto gravy so delicious. Air fryer bacon, diced ham, or ground turkey can all be used as substitutes, but you may need to adjust the seasonings. Or make a meatless gravy and use sliced mushrooms instead.

GRAVY: Cream cheese, heavy cream, and a little bit of chicken broth give gravy its depth of flavor.

XANTHAN GUM: What is Xanthan Gum? Made by fermenting sucrose with bacteria, xanthan gum is used as a thickening agent and a binder. For this recipe, it’s used in place of almond flour or coconut flour. It is a common additive to many keto-based prepared foods and recipes and it is safe to use.

PRO TIP: For the best flavor, a pinch of nutmeg will add flavor to any gravy or cream-based sauce. 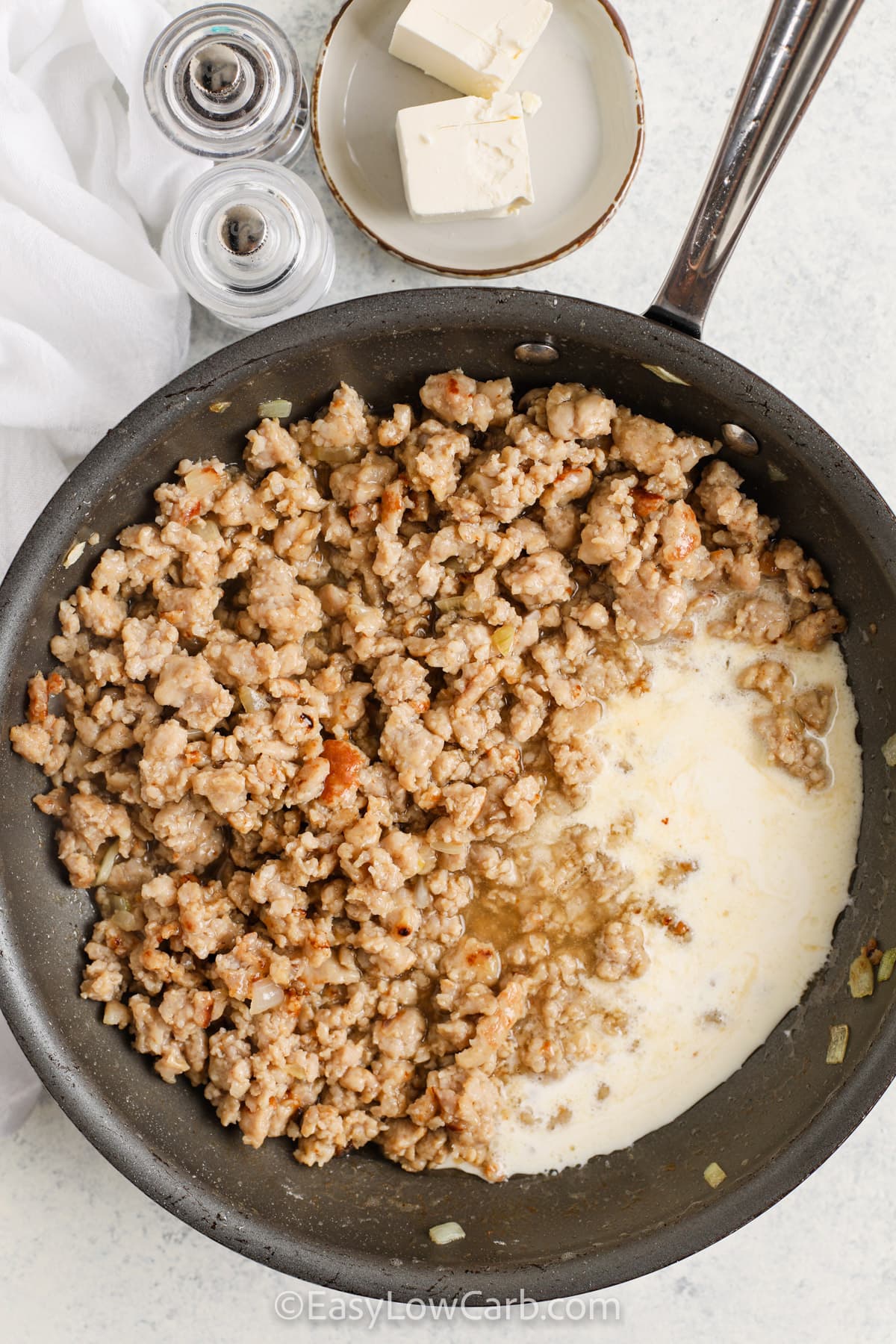 How to Make Keto Sausage Gravy

This quick and easy low carb sausage gravy will be on regular rotation because it can be used in so many ways!

Let cream cheese come to room temperature so that it mixes easily with the other ingredients.

Add liquid in small amounts to mixture and stir well. This helps incorporate the liquid without creating a lumpy gravy. 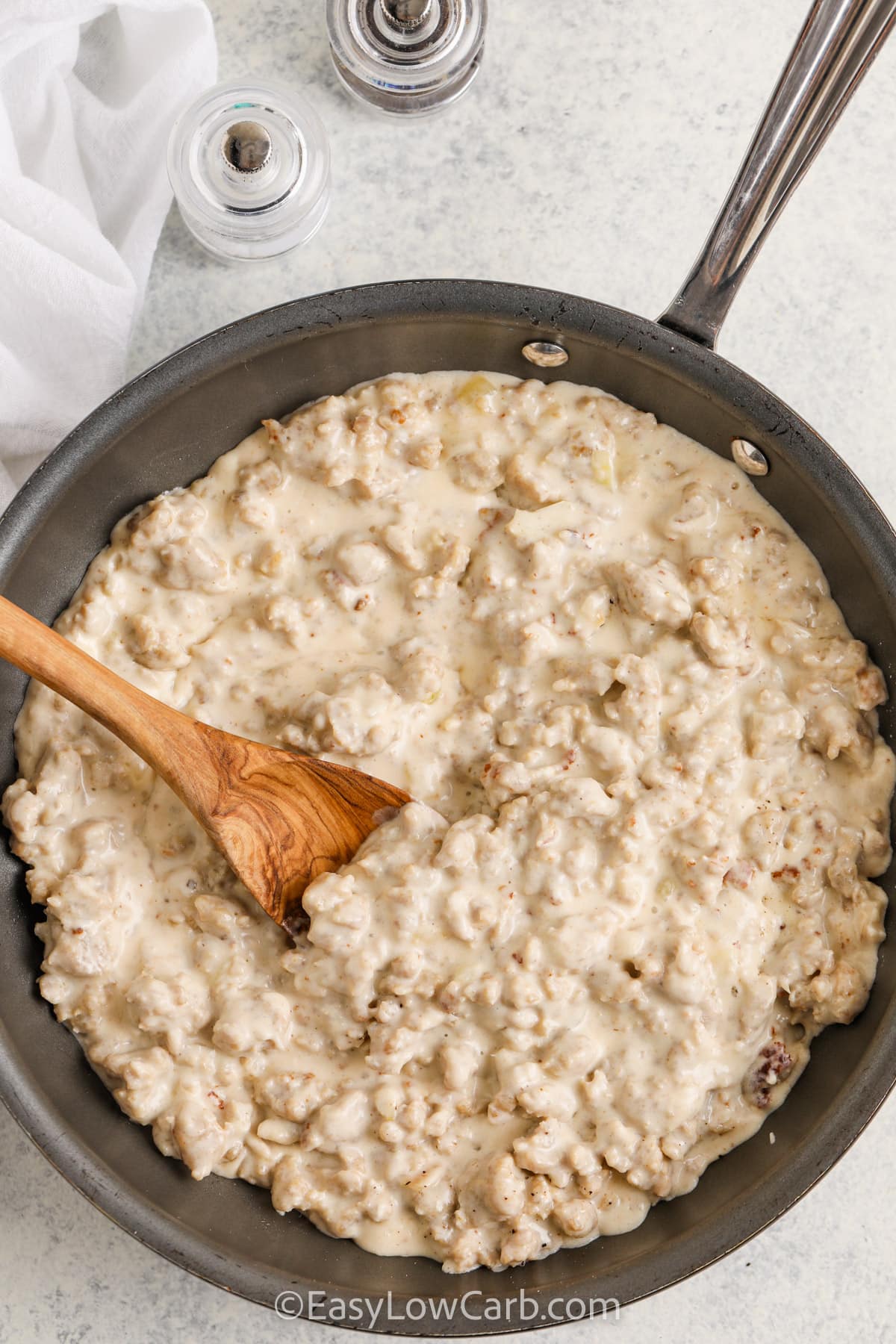 Here are some more low-carb recipes that breakfast gravy goes great with! 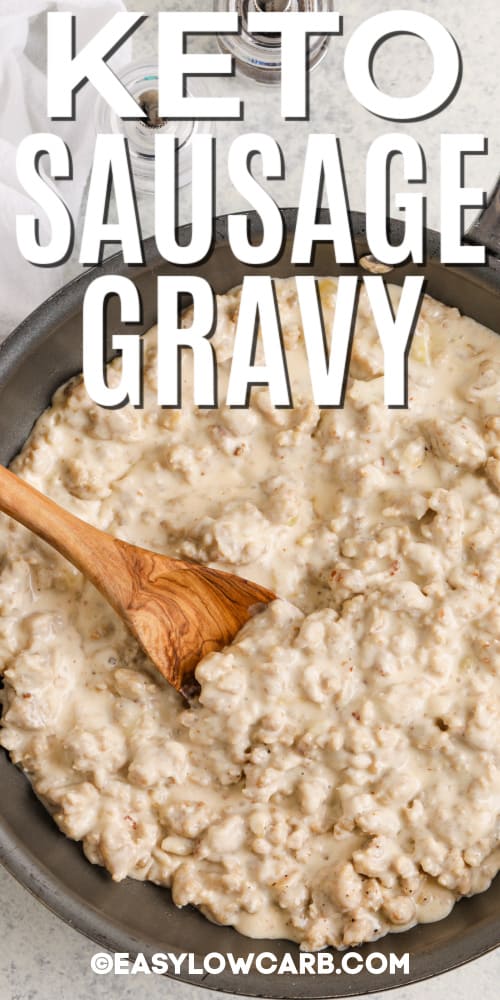 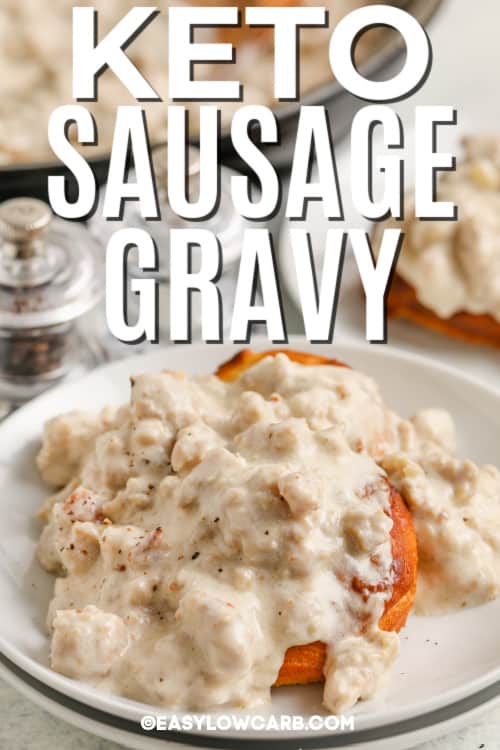 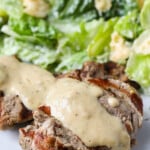 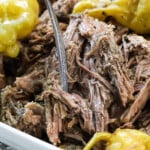 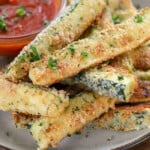 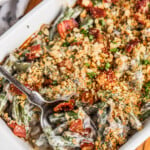 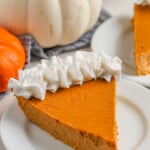 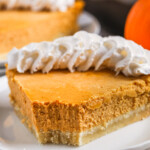 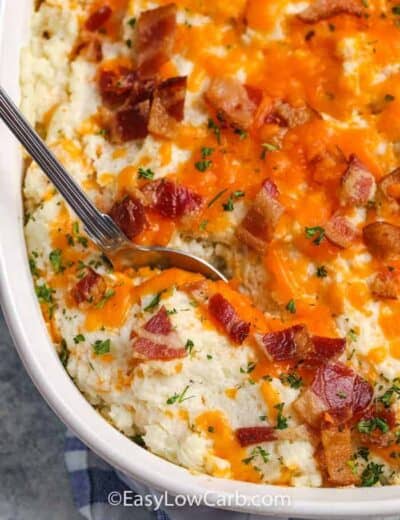 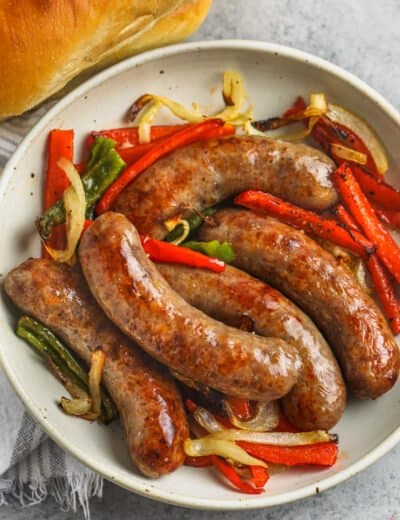 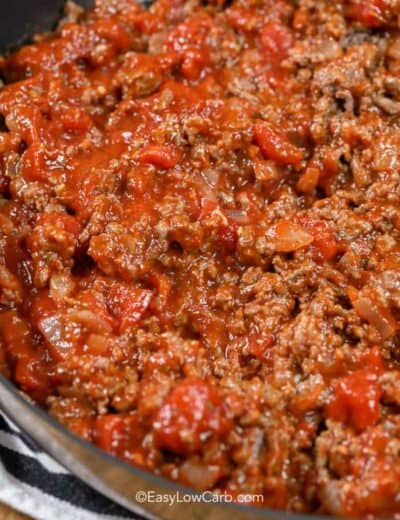 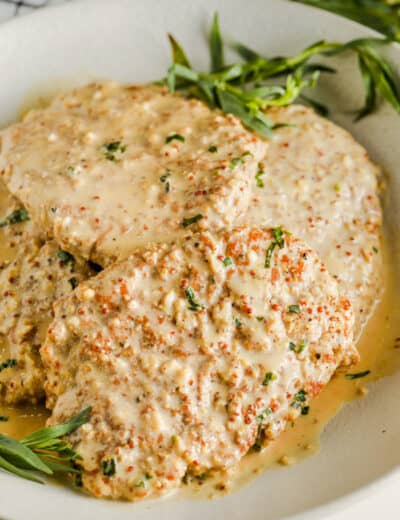 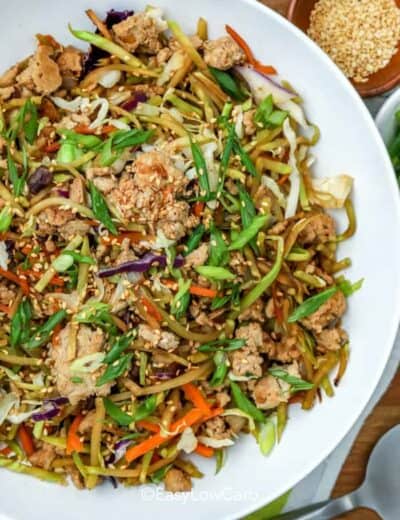